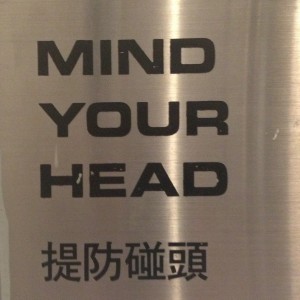 I must be getting old. I’ve been corresponding with a few people through Facebook’s messages and I’m finding the experience a little disheartening. Perhaps it is because I get these messages, which can be quite long, on my mobile while I am walking around. I want to read them (but can’t because I’ll run into someone). I admit I sometimes park myself next to the wall along the sidewalk for everyone’s safety. But even as I read, what I imagine would have been great material for letters sent by boat across the ocean,  I am simply unable or unwilling to respond from my little corner of the urban flow. So I make a mental note to respond later when I am home, sitting down, and able to give the proper attention that I believe my friends deserve.

This has led to think a little bit about long form communication. Years ago, while working on a job, I use to write, what I am certain my coworkers believed were small treatises regarding certain aspects of the project. Often I would get quick response like: “can you please use bullets and make your emails smaller.” How dare they? Do they think I just like to write, to see my words on the page (don’t answer that – it’s meant to be rhetorical). Sometimes, I think I would have been better off printing them out and nailing them to their door. Most of the time, I would love to send in reply a link to my latest favourite comment on lists, which includes a great insight on bullet points. But I don’t, because maybe I understand the environment of communication has changed and is continuing to change. So as I get older, I guess I just lament that a little.

But let’s think about what communication is. At its root, it is about being able to express something and have the other person understand. In deep intimate relationships, trusting and giving relationships, a little can be said, maybe even something can be expressed without words and there is no misunderstanding. I recently came across a wonderful term called exformation, which refers to the discarded information that still leaves a message in a given context understood. This reminds me of Claude E. Shannon’s work on Information Theory and signal noise. We have such different ways to communicate as human beings, some of it using technology, some of it using less technical means, like a hand-shake or a kiss. And whatever we do, we are communicating beings. The interesting part is thinking about when we use which form of communication. And that, regardless of what is trendy or what is used by our friends, remains a decision based in what works. Are we able to express ourselves in a given medium? That is the only way to choose the right way to communicate.

As a writer, I sometimes think I would rather write a short story for a friend, than explain how I feel. I also love links to odd ideas and I share them often on Twitter and Facebook. I send emails to some friends and family, because I know they will read those. I leave post-its for others. Sometimes, I chose to be very calm in how I talk. Other times, I need to stand and I find my hand takes on a life of its own. Communicating is so wonderfully diverse. And believe me when I say, I think about it a lot – I love communicating. I would give up all sorts of things in my life to find more and more people to communicate with, because in the end, all I’ve got is what I think and how I choose to express it. When I write you, when I text you, I am telling you a story. It may be the most intimate thing in my life and I may choose to post it somewhere publicly, but I do so, with only one idea in mind, that I understand who I am talking to and how my words or lack of words (my exformation) will make sure the communication does what I want it to. And the back and forth of a correspondence, whether it is real-time or over many many months, is an expression of my understanding of what you have communicated to me (please don’t write long emails, send me bullet points, because that’s all I will read). So it is the appropriate response to the given correspondant. That is all that matters.

As I lament the death of long form writing, I saw a great article about the winner of social media. Can you guess? Email, of course. Certainly you can argue against this, but I’ve always considered email part of the social network, and perhaps the best for a given context. Before that term arrived and we were all just talking about social theory online, email was clearly the most important. It was the most used. But somehow, as Facebook and others arrived and began to produce outstanding numbers about their users, we all just kind of forgot that we use email all the time. And yet, even though this is true and our jobs depend on it, in my day to day networking, when I met someone, I’m trying to get their Twitter handle or become friends with them on Facebook or LinkedIn. In other words, I’m looking to follow them. I don’t want to communicate (yet), but I do want know more about them. I’m looking for them to share with me, and to do so in a way in which they do not yet need to care who I am (which is why I prefer Twitter). But at some point, the communication flips around, and I find I’m trying to respond to their tweets, whether they follow me or not; and I’m trying to get their attention, whether they notice me or not. Occasionally I strike up a little conversation. Usually public, but eventually it can progress to the private kind. It’s after corresponding over a longer period of time, that I find I miss email. And I miss the willingness to stop, take time (not on the street, as I said) to respond intelligently and with a care, crafted for this person, so that they really do understand me. This is my goal. To make my communication good and meaningful. So when when I lament the long form, it’s probably nothing more than an existential lack in myself, that the particular person I’m communicating with, simply isn’t the person I have made that deeper connection to, so that I would take out a fountain pen, and under candle light, write for hours and hours and then carefully place it in an envelope, seal it in wax and then set it on its way across land and sea to arrive months later in the hands of someone who truly understands me.

citizens of the net

Why is Open Data difficult for Governments?