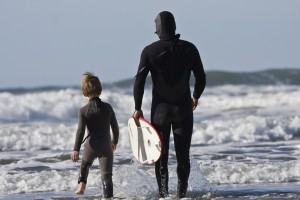 @JustinKownacki made a comment on how bad the mobile experience was for most websites. It struck me at first that this was the same old debate about native apps versus web apps, in which I always fall on the side of web apps. I am a web developer, so this is my camp. But I believe in the open possibilities of information which is not walled off by a particular device. I don’t see value in any system that makes it difficult for people to access the information. It’s hard enough for us get, use, re-use information and when you place it in a system like Facebook, even with it’s billion+ users, you are still excluding all those others who don’t use the system. You are also setting constraints on how that information is used.

I love how information is used and how it is shared. The advent of social networks has re-enforced a strong idea for me, that the URL – the addressable bit of information is the most important element in designing information. I took Justin’s tweet and responded a little. We had a brief twitter conversation. After that, I wanted to find a way to respond with a little more detail. I do believe this conversation is a little meta as Justin suggests, but it is also addresses a fundamental idea, I would like to explain.

I don’t think the mobile experience is bad. I think the way we think about information and how we produce it is what is failing. I’ve been working recently to increase the way that the Faculty of Architecture at HKU reports and shares their work, both internally and with the outside world. A university environment is a very busy one. There are lots of demands placed on the professors and they are always struggling to catch up, keep up and continue to be active and relevant. Sometimes, they simply do not have the time to report on all that they do. They focus on their specific research areas and at least make sure they remain in touch. But I believe they are missing out on the ability to share their information with people they may not know or who are not part of their community. Social networks (Facebook, Twitter etc.) can provide a great way to share informally. A few professors do that, but not enough. I tried to encourage whomever I could to try new ways of sharing. But I can only do so much, so I took another approach. I set up department/division blogs and began to streamline a way in which everyone could produce small blog posts, which might include a title, some text, a picture (featured image for graphic appeal) and categories, which would allow the information to be filtered and sorted at a later date. The idea was to simplify the process to produce online share-able information. These blogs would be public and as they developed, more thought could be put into what categories were important and which needed to be featured on the homepage. But, ultimately this blog, being produced by many people with very different ideas, would form a collection of very distinct pieces of information. They could also be used by the Faculty, as either a curated or automatically sourced means to pull the work into the Faculty site.

The important idea here is that these blog posts could be like tweets, like bits of information. But they would be collected in one system and then in others. They are all addressable with their permalinks, so they are easily share-able.

Now, how does this improve the mobile experience? Well, to begin with, this kind of discreet information is immediately available to the mobile device. As long the site itself, the blog, does not get bogged down in the over-design, each page, each post, becomes a very mobile friendly page. Also the change in production, or more specifically, how we think about producing the information, changes ourselves into a much more flexible framework. This model, interestingly enough is borrowed from the social networks, but because it is within your work CMS/blogging system, it remains open and in your control. This is the right way to go.